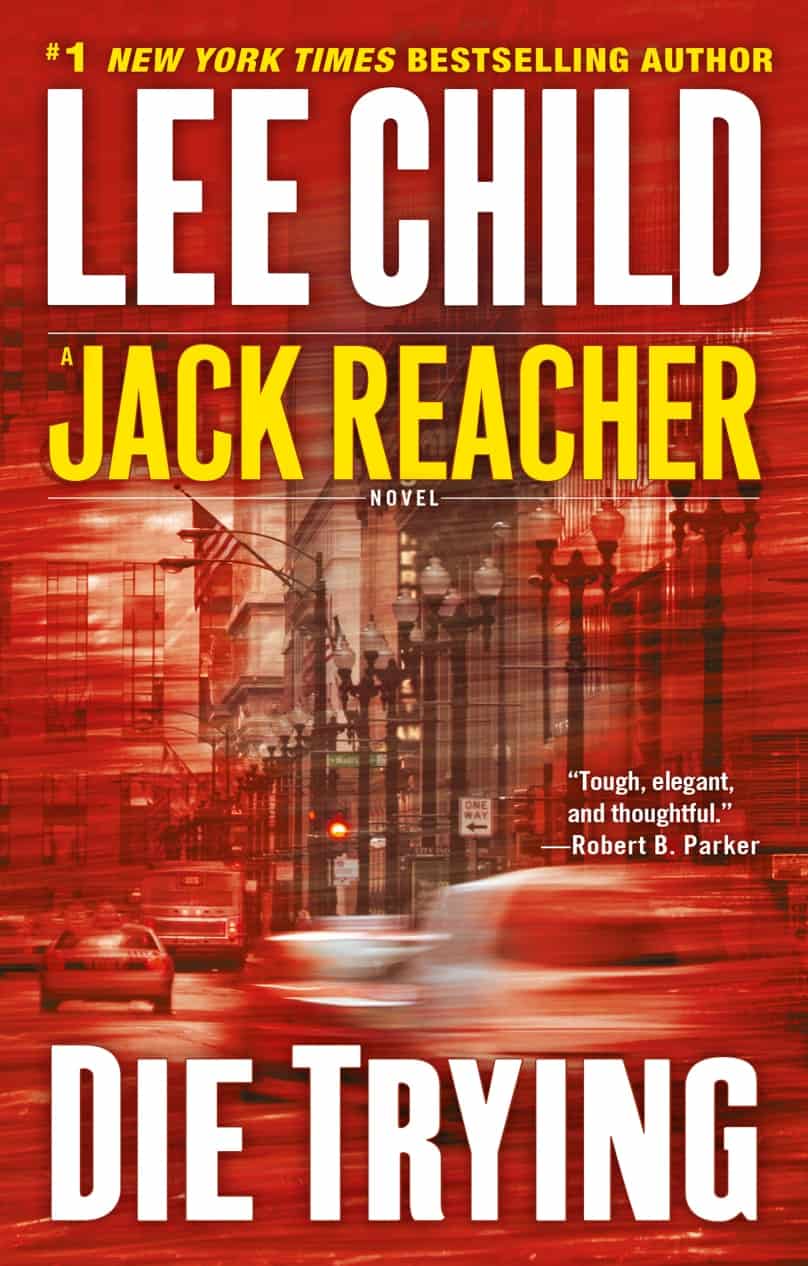 A Chicago street in bright sunshine.
A young woman, struggling on crutches.
He offers her a steadying arm.

And turns to see a handgun aimed at his stomach.

Chained in a dark van racing across America, Reacher doesn’t know why they’ve been kidnapped.
The woman claims to be FBI. She’s certainly tough enough.

Will raw courage be enough to overcome the hopeless odds?

"Not content with writing a rip-roaring thriller, Child also gives us one of the truly memorable tough-guy heroes"